Have you ever thought about a mid-sized triband antenna stack? 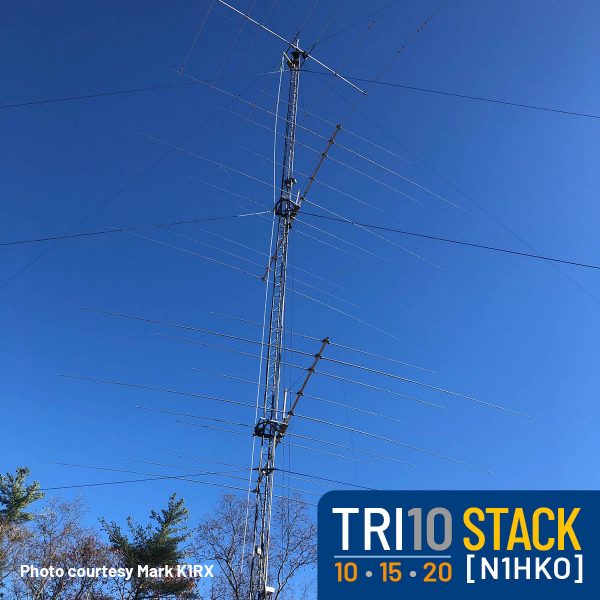 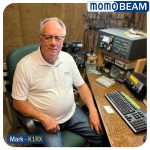 When we talk about stacking yagis, many think of a big tower full of monoband antennas, producing big signals! But for most of us, it is not possible.
However, close spaced, stacked yagis do have advantages, even with the smaller station owners.
Read on….

Stacking similar antennas vertically (one above the other), pointed in the same direction does add gain of 3 dB over a single yagi (less the coax cable losses) if the spacing is greater than ½ wavelength – typically the principle objective with stacking. But if the spacing (separation between two antennas) is less than ½ wavelength, one loses this advantage. However other advantages emerge and are worth considering:

1. Close spaced yagis can provide a greater azimuth (beamwidth) coverage to more places in the world at the same time (quickly switch from Europe to Africa or South America) without waiting on the rotator to turn the one antenna. Transmit into both antennas, but listen in one or two directions at the same time. This choice of antenna combinations makes the station even more effective even though a 3 dB stacking advantage is not there.

2. Closed spaced yagis can reject noise/interference by re-positioning of antennas vs noise source on select occasions. During certain weather events, static (commonly referred to as rain static or snow static) is generated on antennas and can cause interference to the receiver. By having an antenna (of similar design) above a lower one, a shielding effect occurs. The upper antenna acts as an “electrostatic shield” for the lower antenna. The lower antenna is now able to hear stations that would otherwise by covered by the static.

3. When connected to a proper switching system, instant direction change provides the advantage of time savings (not waiting for a rotator to re-position the antenna) and getting ahead of the competition in a pileup. This ability provides maximum operator convenience and flexibility.

4. By positioning a fixed antenna in another desired direction, one can take advantage of its pattern (Front-to-Back and Front-to-Side ratios) to maximize one’s ability to hear the target station more easily. One antenna may be pointed at Europe (EU) and the other antenna pointed to South America (SA) (if based in the USA), where the SA antenna is positioned with the deepest null (rejection) to EU will provide amazing advantages. Taking advantage of the sharp rejection of directional antennas in certain positions, they can reject the high signal strengths from those high population areas allowing for easier copy of the weaker stations located in other areas of the world (upwards of 30 to 40 dB signal reduction of interference is possible when placing the yagi with its deep null (minus 120 to 150 degrees from the forward beam heading) at the offending direction.

We spend most of our effort maximizing our signal strength into the high population centers of the world such as Europe, however we also want to be able to hear the weaker signals from other parts of the world. Nulling out the EU direction by using an antenna positioned in this fashion provides additional advantages.

5. Take advantage of changing propagation by being able to maximize your signal strength by selecting an antenna more favorable to the arrival angle. Lower antennas tend to favor high angle arrivals where the higher antennas are better for low angle arrivals. Adapt to propagation changes that vary throughout the 24 hour period. Propagation, regardless of the frequency (HF) follows the sun. During the opening (sunrise) and closing (sunset) of any day, the signals will tend to arrive at very low angles. In fact, we will hear stronger signals with the highest antenna during the low angle times. As the hours go by, the arrival angles of the signals tend to increase and by having antenna height choices, you can maximize or maintain a better level of signal strength. It may be the upper antenna, both or the lower one that provides the best result during varying times of the day.

6. Able to better determine locations or identification of offending signal sources – such as another station on your frequency skipping over you, is now stronger than your signal in the target area. Unable to hear that station on one antenna but with the other antenna, that station can be heard. Helpful to know when determining what to do next with your operating strategy.
Change my frequency or stay?

7. Many stacked yagi configurations will leave the lower antenna(s) pointing to just one direction (due to guy wire interference to rotation or other restrictions). However, by placing these antenna(s) above guy points on a guyed tower, added flexibility is available when the lower antenna can also be rotated either with a swinging gate (300 degree rotation) or ring rotor (360 degree rotation) or similar and even if it rotates only 90 degrees there are advantages.
Instead of only having the choice of EU and SA, it might now be EU and SA (and West, rotating the lower antenna 90 degrees). As propagation moves west, you can continue to stay with the best path and new openings.

8. While stacking similar triband yagis using close spacing, it may be possible to achieve the stacking gain (3 dB) on frequencies that are more favorable to higher frequencies i.e. stacking distance of 25 ft / 7,6m is not useful for 20 M but on 10 or 15 m, you may achieve some stacking gain. A potential advantage on select frequencies.

Eastern North America:
Stations with towers that are 50 ft /15m to 90 ft /27m  (a modest station), can obtain some of the aforementioned advantages. Consider the use of a rotating triband yagi at 60 feet then add a second triband yagi at 30 ft/9m  (same design) but point it to South America. As previously stated, instant direction change is very beneficial. Being able to generally stay on a frequency working Europe, then as necessary, make fast direction changes to work SA stations, then return to the original frequency to continue working EU stations and/or being able to transmit and listen in two directions makes for an efficient operation.

Midwest North America:
Having a tribander pointed East and one pointed West is a nice convenience and provides excellent results. Again, instant direction change, without wasting time waiting for a rotor to reposition the one antenna, makes operating more fun. Even if antennas are closely spaced, transmitting into both antennas will yield great results too.

West Coast North America:
Having a fixed tribander pointed Northwest provides that advantage of switching from other parts of the world with the top rotary antenna to the main source of contacts (high population area) such as Japan very quickly. No waiting for a rotor to re-position the top antenna.

It is nice to have options and having multiple, similar antennas, either fixed or rotary, provide many advantages. Competitive radio events (Radio Sport or contesting) is a time sensitive activity, so having the advantage of fast coverage change within the station just makes
the event more enjoyable and productive.

The antenna plots shown below are based on a two stack of Momobeam TRI10 101520 antennas both powered together and individually. The Technical Staff at Momobeam is happy to assist with your initial study of stacking antennas at your location. Please contact me to discuss your particular situation. 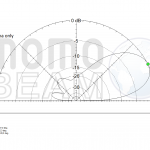 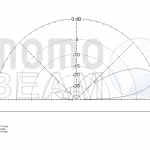 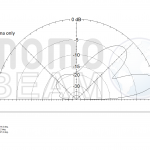 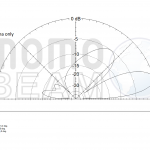 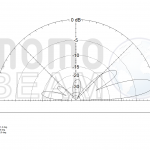 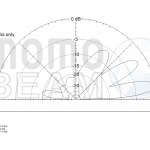 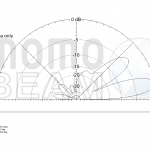 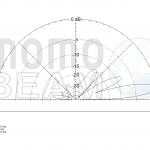 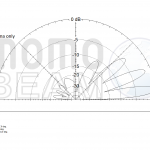 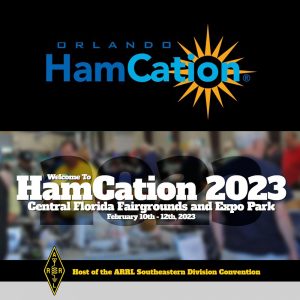 Orlando will be the meeting place for the amateur radio community from 10 to 12 February 2023. Momobeam will be 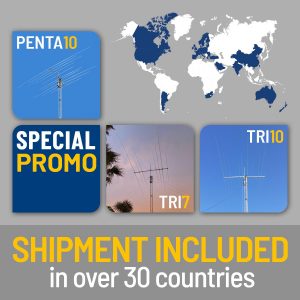 No more surprises at check out!

No more surprises at check out: shipping costs will no longer be a problem! On the most popular products Momobeam 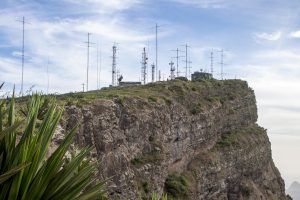 Momobeam and the Monteverde Contest Team

As often happens, success stories are the fruit of the work of people who believe in what they do and

No products in the cart.